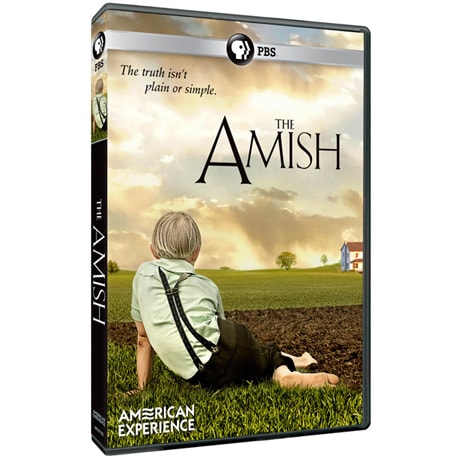 On October 2, 2006, a 32-year-old milk truck driver named Charles Roberts entered a one-room schoolhouse in the Amish community of Nickel Mines in Lancaster County, Pennsylvania, and shot 10 young girls, killing five, before committing suicide as police officers stormed the school. Just hours after the shooting, Amish community members visited the gunman's family to offer forgiveness. The tragedy at Nickel Mines horrified the nation for its senseless brutality and left many questioning and haunted by the victims' startling response.

Lyrical and meditative, The Amish answers many questions Americans have about this insistently insular religious community, whose intense faith and adherence to 500-year-old traditions have by turns captivated and repelled, awed and irritated, inspired and confused for more than a century. With unprecedented access to the Amish built on patience and hard-won trust, this AMERICAN EXPERIENCE film is the first to deeply penetrate and explore this profoundly attention-averse group, painting an extraordinarily intimate portrait of contemporary Amish faith and life. What does America's attraction to the Amish say about deep American values? What does the future hold for a community whose existence is so rooted in the past?

Special Features include…
Behind the Scenes

"From its first moments, viewers are put in a contemplative and deliberate frame of mind, as if on an enlightened walk through the fields of the Lord. Along the way, the Amish - and the sociologists and historians who have studied them - have much to teach us, not only about simplicity and basic living, bu also about the most elusive happiness of all: the spiritual kind." - Washington Post, 2/28/2012.

"Beautifully shot and scored, the documentary raises fascinating questions about religious freedom, the nature of the family, the ambiguous definition of 'progress' and, for Christians, what it means to truly try to follow the teachings of Christ." - Los Angeles Times, 2/28/2012.

"Grade A-. It's a fascinating retreat from our frenzied world - which you might view differently upon re-entry." - Newsday, 3/38/12.