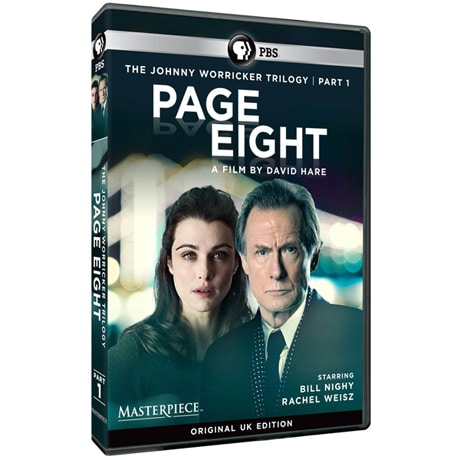 David Hare's thrilling spy trilogy exposes the battles raging inside the intelligence community in the name of security.

Johnny Worricker (Bill Nighy) is a long-serving MI5 officer whose life - both personal and professional - has just been turned inside out. When his boss and best friend (Michael Gambon) dies suddenly, Worricker is left on his own to deal with a contentious Top Secret file that threatens the sanctity and stability of the entire MI5 organization. Further complicating his life is his suspicion that a chance encounter with his beautiful neighbor (Rachel Weisz) was, in fact, meticulously orchestrated to serve her own secret agenda.

Though his well-honed instinct to question everything is right on, the more duplicity he uncovers, the more desperate he becomes to find someone he can trust before he's forced to walk out on his job - and his life.