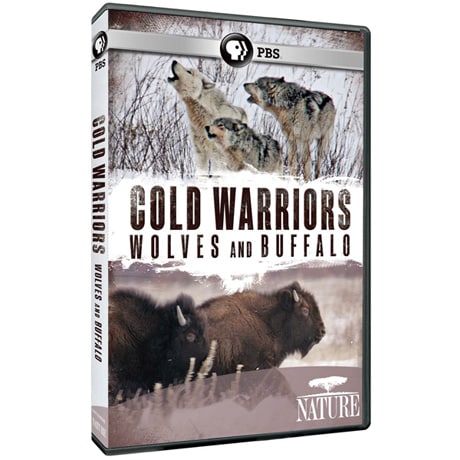 No Reviews Write the First Review
Item #: WA8192
NATURE: Cold Warriors: Wolves and Buffalo For thousands of years, wolves hunted buffalo across the vast North American plains until the westward settlement of the continent saw the virtual extinction   END_OF_DOCUMENT_TOKEN_TO_BE_REPLACED
Add to Wish List

For thousands of years, wolves hunted buffalo across the vast North American plains until the westward settlement of the continent saw the virtual extinction of these vast herds and their eternal predators, the wolves. However, this ancient relationship was not lost altogether, and continues uninterrupted in just one location - on the northern edge of the continent's central plains in a place called Wood Buffalo National Park.

Today the descendants of those ancient buffalo and wolves still engage in epic life and death dramas across this northern land, as packs of wolves up to 30 strong hunt the largest land mammals on the continent. By getting to know the individual wolves in a specific pack, and following them as they hunt, we will get a sense of how these two animal species coexist in what seems like a forgotten corner of the world.

The Sultan and the Saint DVD

Seven Wonders of the Buddhist World

The Mind of a Chef: April Bloomfield (Season 2) DVD

NATURE: H Is for Hawk: A New Chapter DVD