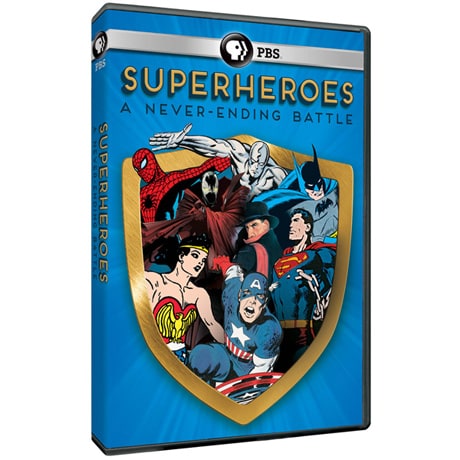 Hosted and narrated by Liev Schreiber, SUPERHEROES features more than fifty new interviews, from pioneers such as Stan Lee, Joe Simon, and Jerry Robinson to contemporary creators including Mark Ward and Grant Morrison, from commentators such as Michael Chabon and Jules Feiffer to iconic actors like Adam West and Lynda Carter. Dazzling graphics and remarkable stories illuminate an up-to-the-minute history of the superhero, from the comic strip adventurers of the Great Depression up to the blockbuster CGI movie superstars of the 21st century.

Episodes include…
Truth, Justice, and the American Way - 1930's-1950's; creation of Superman, industry suffers in 50's
With Great Power comes Great Responsibility - 1960's-1970's; Marvel Age and the formation of the Comics Code
A Hero can be Anyone - 1980's-today; from 1980 Superman movie up until now with rise of popularity of comic book media.

Over The Moon in Love DVD