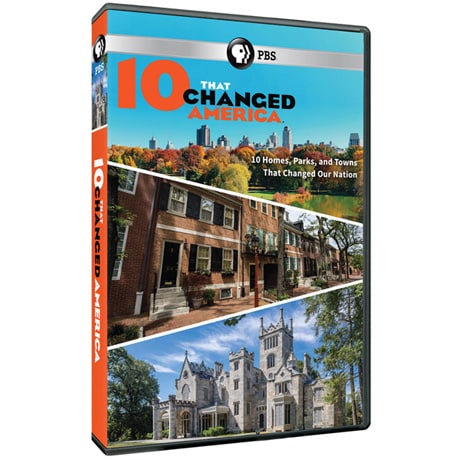 In an episode called 10 Homes that Changed America we explore American housing through the ages; including a 600 year old Native American dwelling, Thomas Jefferson's Monticello, a gothic castle in New York, Frank Lloyd Wright's Fallingwater, the home of Charles and Ray Eames, a tenement, and an early public housing project.

10 Parks that Changed America is a lively history of landscape architecture in this country. We stop by the Squares of Savannah in Georgia, a park-like cemetery near Boston, the San Antonio River Walk, a park built over a freeway in Seattle, a toxic waste site that was transformed into a park, and Central Park and the High Line in New York.

10 Towns that Changed America is the story of how we have planned our cities over time. We examine a Spanish colonial town in Florida, William Penn's unlikely vision for Philadelphia, the Mormon plan for Salt Lake City, a failed company town near Chicago, urban renewal in Washington, D.C., and the latest ideas about city planning in Portland.