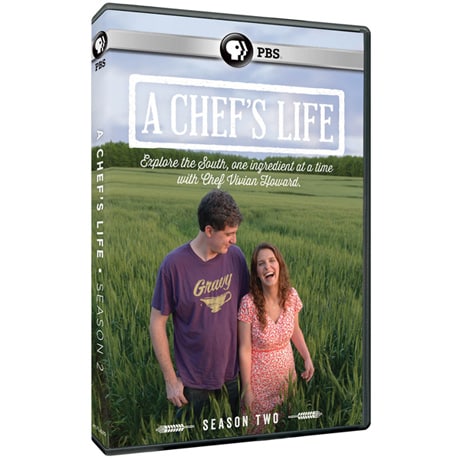 Season Two of the Peabody Award Winning A Chef's Life hits the road with a new roster of Southern ingredients: blueberries, shrimp, turnips and butterbeans, to name just a few. Vivian and Ben open a second restaurant, plant heirloom apple trees, go pier fishing, hunt ramps and pick up pecans. We'll tag along as Vivian prepares something special for 400 food writers and chefs down in the Delta, fixes holiday meals to meet her family's high standards, and returns to New York City to cook the meal of her career at the James Beard House.