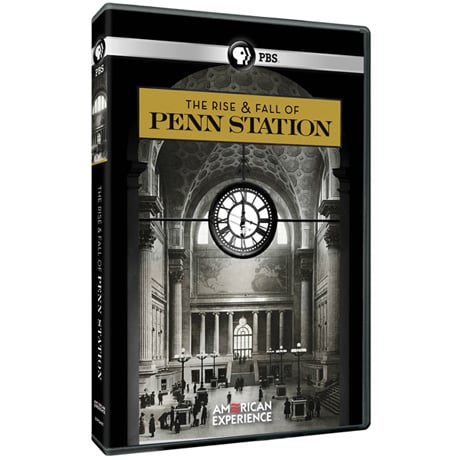 FRONTLINE: Rape in the Fields DVD

American Experience: The Rise and Fall of Penn Station

In 1910, the Pennsylvania Railroad, led by the company's president, Alexander Cassatt, successfully accomplished the enormous engineering feat of building tunnels under New York City's Hudson and East Rivers, connecting the railroad to New York and eventually, via the Hell Gate Bridge, to New England, knitting together the entire eastern half of the United States. The tunnels terminated in what was one of the greatest architectural achievements of its time, Pennsylvania Station. Designed by renowned architect Charles McKim, and inspired by the Roman baths of Caracalla, Pennsylvania Station covered nearly eight acres, extended two city blocks, and housed one of the largest public spaces in the world. Neither Cassatt nor McKim lived to see their masterpiece completed, but many of the one hundred thousand attendees of Penn Station's grand opening proclaimed it to be one of the wonders of the world. But just fifty-three years after the station's opening, the unthinkable happened. What was supposed to last forever, to herald and represent the American Empire, was slated to be destroyed. The financially-strapped Pennsylvania Railroad announced it had sold the air rights above Penn Station, and would tear down what had once been its crowning jewel to build Madison Square Garden, a high rise office building and sports complex. On the rainy morning of October 28, 1963, the demolition began; it took three years to dismantle Alexander Cassatt's monumental station. In the wake of the destruction of Penn Station, New York City established the Landmarks Preservation Commission. Grand Central Terminal, designated a historic landmark in 1967, was spared a similar fate.

The Best of Lidia DVD