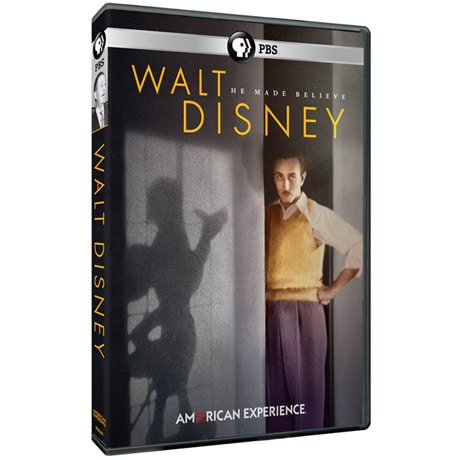 $29.99
31 Reviews Write a Review
Item #: WB0432
American Experience: Walt Disney Uniquely adept at art as well as commerce, Walt Disney was a master filmmaker who harnessed the power of technology to tell stories of outsiders struggling for acceptance   END_OF_DOCUMENT_TOKEN_TO_BE_REPLACED
Add to Wish List

A Beautiful Day in the Neighborhood DVD

NOVA: Back to the Moon DVD

Uniquely adept at art as well as commerce, Walt Disney was a master filmmaker who harnessed the power of technology to tell stories of outsiders struggling for acceptance and belonging, while questioning the conventions of class and authority. As Disney rose to prominence and gained financial security, his work became increasingly celebratory of the American way of life that made his unlikely success possible.

A polarizing figure - though true believers vastly outnumber his critics - Disney's achievements are indisputable. In this two-part, four-hour film, AMERICAN EXPERIENCE examines Disney's complex life and continuing legacy, featuring rare archival footage from the Disney vaults, interviews with biographers and historians, as well as the animators and designers who helped turn his dreams into reality. Both an inspiring story and a cautionary tale about the price of ambition, Walt Disney offers an unprecedented look at the man who created a world and built an empire.