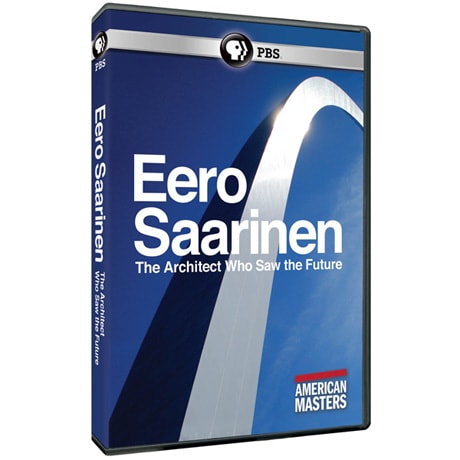 Explore the life of Finnish-American modernist architectural giant Eero Saarinen (1910-1961), whose visionary buildings include National Historic Landmarks such as St. Louis' iconic Gateway Arch and the General Motors Technical Center in Michigan. Saarinen also designed New York's TWA Flight Center at John F. Kennedy International Airport, Yale University's Ingalls Rink and Morse and Ezra Stiles Colleges, Virginia's Dulles Airport, and modernist pedestal furniture like the Tulip chair. Travel with his son, director of photography Eric Saarinen, as he visits the sites of his father's work on a cathartic journey, shot in 6K with the latest in drone technology that showcases the architect's body of timeless work for the first time. Eero's sudden death at age 51 cut short one of the most influential careers in American architecture. Today, Saarinen's work stands apart and continues to inspire, especially amongst renewed interest in 20th-century architects and artists who exploded the comfortable constraints of the past to create a robust and daring American aesthetic.

3 out of 4 stars
"Presenting a solid appraisal of Saarinen's influential architectural achievements, this is recommended." - Video Librarian