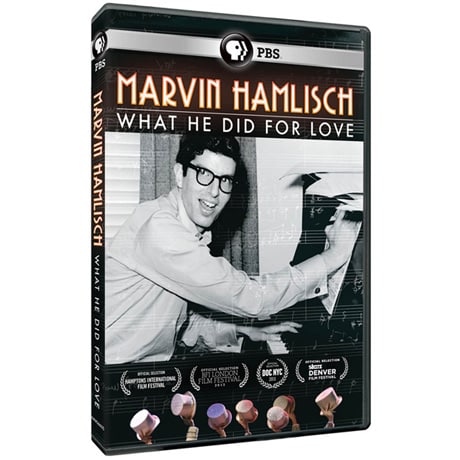 American Masters: Marvin Hamlisch: What He Did For Love DVD - AV Item

American Masters: Marvin Hamlisch: The Way He Was

Composer, conductor, genius, mensch, Marvin Hamlisch was as close to a modern day DaVinci as it gets. Hit after hit...."The Way We Were", "Nobody Does It Better", "The Sting", "A Chorus Line", Marvin was irrepressible and prolific. Winner of four Grammys, an Emmy, three Oscars, and a Tony, all by the time he was 31-years-old, Marvin's streak was staggering, vast, unprecedented, and glorious. Interviews with a cavalcade of Marvin's colleagues, schoolmates, and renown collaborators help to tell a deeply personal, candid, insider study of one of the great artists of our time.