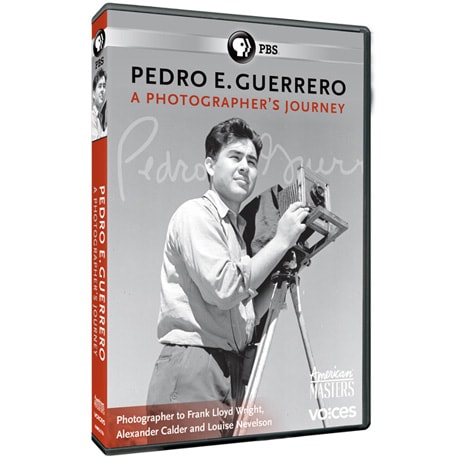 Dinosaur Train: What's at the Center of the Earth? DVD

Discover the remarkable life and work of Pedro E. Guerrero (September 5, 1917-September 13, 2012), a Mexican American, born and raised in segregated Mesa, Arizona, who had an extraordinary international photography career. Using an exclusive interview with Guerrero along with his stunning images, the program explores his collaborations with three of the most iconic American artists of the 20th century: architect Frank Lloyd Wright and sculptors Alexander Calder and Louise Nevelson. Using his outsider's eye to produce insightful portraits of important modernist architecture, Guerrero became one of the most sought-after photographers of the "Mad Men" era, yet his poignant story is largely unknown.