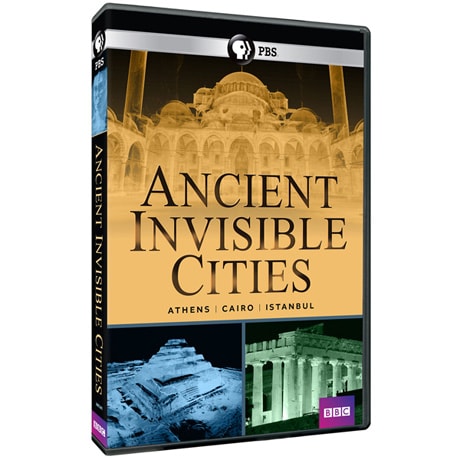 The Greatest First Lines of Literature Ever Mug

Ancient Invisible Cities Roman historian and archaeologist Darius Arya explores the hidden secrets of three of the most fascinating cities of the ancient world: Athens, Cairo, and Istanbul. 3D scans allow us to view the architectural jewels of these cities as they've never been seen before.

Athens: From the buildings on the Acropolis to the silver mines and quarries beyond the city, investigate the story of how the citizens of this city created the world's first democracy.

Cairo: Discover the historical secrets of Cairo and Ancient Egypt from the Great Pyramid of Giza to the first pyramid ever built. Explore a hidden Roman fortress and uncover a well deep in the rock below the Arabic citadel of Saladin.

Istanbul: At the crossroads of Europe and Asia, many of its secrets are concealed or underground. The latest 3D imaging technology reveals the city as no human eye ever could to show how the city has had to reinvent itself over and over through its turbulent past.

FRONTLINE: Sick Around the World DVD

NOVA: School of the Future DVD

André Rieu: Shall We Dance DVD