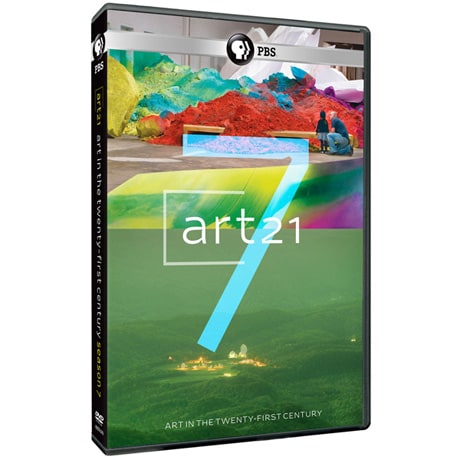 Get inspired by today's most compelling artists and discover the stories, ideas, and methods behind their work in Art21 Art in the Twenty-First Century. This Peabody Award-winning series takes viewers behind the scenes into artists' studios, homes, and communities to provide intimate access to their lives, creative processes, and sources of inspiration.

Season Seven features twelve artists from the United States, Europe, and Latin America, in locations as diverse as a New York City public housing development, a military testing facility in the Nevada desert, a jazz festival in Sweden, a ceramics factory in Germany, and an activist neighborhood in Mexico. Whether engaging communities to effect social change, probing personal and cultural histories, exploring timely political issues, or experimenting with new forms, the artists reveal the profound relevance of art to our everyday lives.