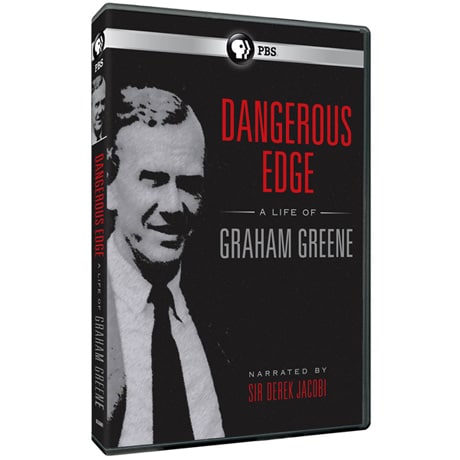 British actor Sir Derek Jacobi narrates this portrait of author Graham Greene: a British spy, doubting Catholic, and manic-depressive who wrote critically acclaimed best-sellers including The Quiet American, Brighton Rock, The End of the Affair and The Third Man.

Weaving Greene's novels and movies into the story of his life, Dangerous Edge reveals an extraordinary and enigmatic man who traveled the globe to escape the boredom of ordinary existence. After Greene's death in 1991, Paul Gray wrote in TIME Magazine, ""No serious writer of the twentieth century has more thoroughly influenced the public imagination than Graham Greene."" And his influence continues.

American Masters: Willa Cather: The Road Is All DVD

She Thought She Could Fly Wind Chime

Edward Gorey - Hide Away In A Good Book Shirt

NATURE: H Is for Hawk: A New Chapter DVD