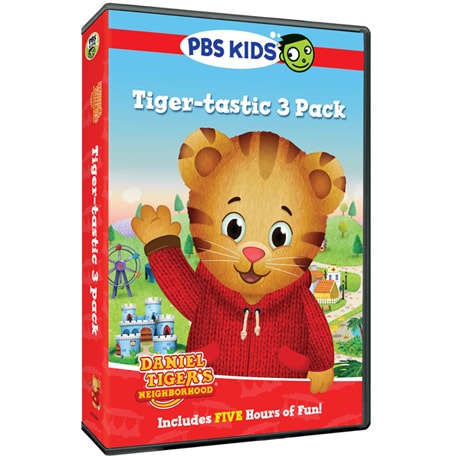 Hi neighbor! Meet Daniel Tiger, and welcome to his neighborhood! In Daniel Tiger's Neighborhood, there are so many things to discover and Daniel is lucky to have great friends and caring grown-ups along for the ride.

In Daniel Tries Something New, Daniel finds out that while new experiences are often frightening, they can also be fun! When, Daniel's parents go out for a night of dancing, Daniel gets to have Prince Tuesday over to babysit. Although it's scary, Daniel is reminded that grown-ups ¬do come back and he and Prince Tuesday have a grr-ific time exploring and playing together. Going to school and eating at a real restaurant for the first time can also be exciting and scary, but Daniel's parents, teachers, and friends help him use his creativity and imagination to enjoy each new adventure.

It's a Beautiful Day in the Neighborhood
You Are Special

Four-year-old Daniel Tiger invites young viewers directly into his world, giving them a kid's eye view of his life and making them feel like one of his neighbors.

Jealousy at the Treehouse

These DVDs features Descriptive Video for the Visually Impaired