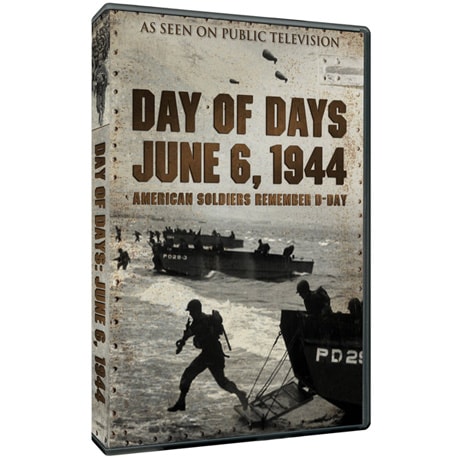 Return to The Wild - The Chris McCandless Story DVD

On June 6, 1944, thousands of Allied servicemen landed on the shores of northern France with a mission to free western Europe from Nazi tyranny. Over the ensuing hours and days, the men faced decimating machine-gun fire, mortars and artillery, eventually fighting their way inland, but not before suffering a staggering number of casualties.

Day of Days: June 6, 1944 commemorates the 70th anniversary of the Normandy landing by bringing together American D-Day veterans to share their experiences from that fateful day. As they vividly recall details from their ordeal - from the perils of the amphibious assault to the invasion's gruesome aftermath - their testimony yields long-buried and often painful memories. They recount their transformations from boys to men, reveal their uneasiness with the term ""hero,"" and grapple with why they survived when so many others did not.

Harry Potter "When in Doubt" Pouch