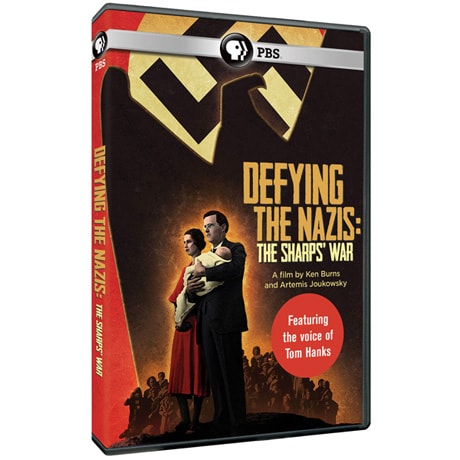 Against the Odds: The Artists of the Harlem Renaissance DVD

The Mind of a Chef: Gabrielle Hamilton (Season 4) DVD

To Catch a Comet DVD

Defying the Nazis: The Sharps' War

DEFYING THE NAZIS: THE SHARPS' WAR tells the never-before-told story of Waitstill and Martha Sharp, an American minister and his wife from Wellesley, Massachusetts, who left their children behind in the care of their parish and boldly committed to a life-threatening mission in Europe. Over two dangerous years they helped save scores of imperiled dissidents and refugees fleeing the Nazi occupation across Europe.

During this time, the Sharps would face harrowing encounters with Nazi police, narrowly escape arrest and watch as the Third Reich invaded Eastern Europe. Their marriage would be tested severely and the two children they left behind would grow saddened by their parents' absence. But dozens of scientists, journalists, doctors, powerful anti-Nazi activists and children would find their way to freedom and start new lives in America because of their efforts and sacrifice.

Flags of the World Women's Socks