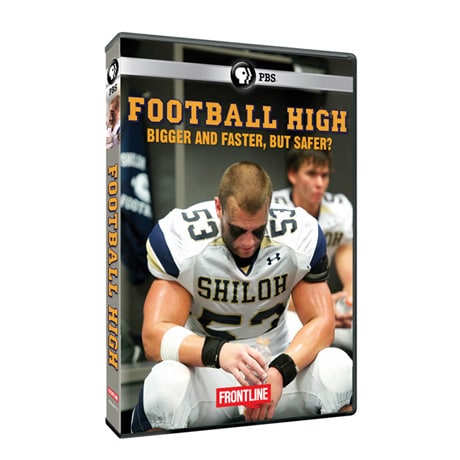 In northwest Arkansas, FRONTLINE examines one ambitious high school team working its way towards national renown. With a superstar quarterback at the helm, tiny Shiloh Christian is striving to join the ranks of the country's best high school teams - teams whose workout schedules, practices, and styles of play increasingly imitate the pros. But as high school players grow bigger, faster, and stronger, there are growing concerns about the health and safety of these young players, with rising rates of concussions and death from heat stroke.

FRONTLINE documents a tragic story of heat-stroke injuries that reveals how weak regulation has created a crucial lack of athletic trainers at most high schools. It all raises a critical question: has the amped-up culture of high school football outrun necessary protections for the boys who play the game?