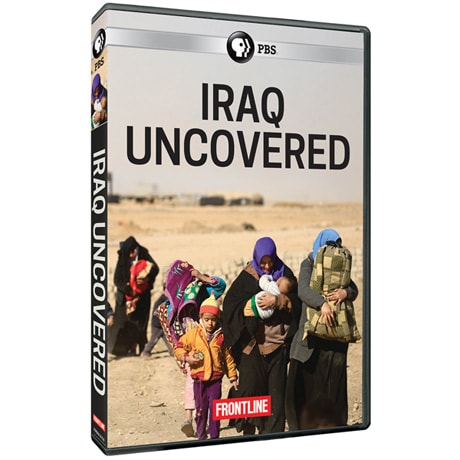 No Reviews Write the First Review
Item #: WB4052AV
Inside Iraq, as militias and the military fight for the future of the country. The film examines the power of the militias, the impact on civilians, and the places where ISIS has been pushed out.
Add to Wish List

Inside Iraq, as militias and the military fight for the future of the country. The film examines the power of the militias, the impact on civilians, and the places where ISIS has been pushed out.

What's happening on the ground in Iraq in areas where ISIS has been pushed out? In Iraq Uncovered, correspondent Ramita Navai makes a dangerous and revealing journey inside the war-torn country - investigating allegations of abuse of Sunni Muslim civilians by powerful Shia militias.

Navai travels to areas of the country where few journalists go, talking to Sunnis who say their relatives were abducted and abused at the hands of the militias. She interviews leading Sunni and Shia politicians, as well as militia members themselves, who insist they are only going after ISIS and do not tolerate abuses.

Navai also makes a dangerous, undercover trip into the province of Diyala - a town recently liberated from ISIS and now under the control of several different militia factions. There, she meets a militia member who says his fellow fighters kidnap for ransom and kill local Sunni civilians they suspect may have ties to ISIS.

With rare, on-the-ground access, Iraq Uncovered is a stunning look at a side of the war in Iraq that's rarely seen - and at what may lie ahead.