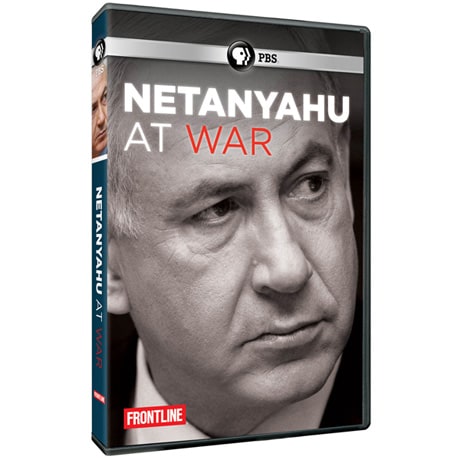 $24.99
5 Reviews Write a Review
Item #: WB4292
FRONTLINE: Obama, Netanyahu, and the Bomb Israeli Prime Minister Benjamin Netanyahu is one of the most polarizing political leaders on the world stage. His hardline politics on Iran and Israeli-Palestinian affairs have won him both intense support and bitter criticism at home and abroad - all the more so after his dramatic attempt in March 2015 to derail President Barack END_OF_DOCUMENT_TOKEN_TO_BE_REPLACED
Add to Wish List

FRONTLINE: Obama, Netanyahu, and the Bomb

Israeli Prime Minister Benjamin Netanyahu is one of the most polarizing political leaders on the world stage. His hardline politics on Iran and Israeli-Palestinian affairs have won him both intense support and bitter criticism at home and abroad - all the more so after his dramatic attempt in March 2015 to derail President Barack Obama's nuclear deal with Iran in front of the U.S. Congress.

Now, with new waves of violence between Israelis and Palestinians unfolding and Israel-U.S. relations already emerging as a 2016 campaign issue, FRONTLINE presents this epic, two-hour documentary tracing Netanyahu's path to power, his combative relationships with multiple U.S. presidents and the implications in America and the Middle East. Filmmaker Michael Kirk (United States of Secrets, League of Denial) takes a revealing inside look at political relations between the U.S. and Israel, long one of America's closest allies, as he and his investigative team go inside the events that have defined one of Israel's longest serving prime ministers, drawing on more than 30 remarkably candid interviews with his current and former advisors; top Israeli, American and Palestinian officials; foreign policy analysts; authors and journalists. The resulting film is an unprecedented, must-watch look inside the relationship between the U.S. and Israel during the Netanyahu years..

4.4 star rating 5 Reviews
5 Reviews
P
Pat
Anonymous User
5.0 star rating
07/17/20
Fascinating biography of Netanyahus Israel
Review by Pat on 07/17/20 review stating Fascinating biography of Netanyahus Israel
Very helpful to understand the modern conflict of Israel Palestine, but amazed to hear that Netanyahu was immigrant to U.S., and attended schools and college, MIT, in U.S. Any other immigrants to America who are Prime Minsters of foreign nations? The presentation highlights how much Americans don5 know about their nation that has the tendency to show up later as global conflicts.
FRONTLINE: Netanyahu At War DVD
T
Tom
Anonymous User
5.0 star rating
07/17/20
Amazing
Review by Tom on 07/17/20 review stating Amazing
Im a big fan of PBS documentaries and was blown away by the research, writing and cinematography of this documentary. I believe that this is the best political documentary I have ever seen. Thank you for the beautiful work.
FRONTLINE: Netanyahu At War DVD
M
Mikey
Anonymous User
2.0 star rating
07/17/20
BIAS AGAINST NETANYAHU!
Review by Mikey on 07/17/20 review stating BIAS AGAINST NETANYAHU!
THIS IS TERRIBLY BIASED AGAINST THE PRIME MINISTER OF THE JEWISH STATE OF ISRAEL! IT IS HATERED AGAINST JEWS WHO STAND UP FOR THEIR OWN SURVIVAL BORDERS ON ANTISEMITISM! PBS HAS ON OTHER TIMES REFUSED TO BE FAIR TO ISRAEL! YOU HAVE LOST ME TO BUY IN TO YOUR UNFAIR POLITICAL BIAS TOWARDS ISRAEL! THE TRUTH IS THAT YOU DO NOT LIKE JEWS WHO ARE STRONG STAND UP FIGHT FOR THEIR SURVIVAL! *NEVER AGAIN*
FRONTLINE: Netanyahu At War DVD
E
Eay
Anonymous User
5.0 star rating
07/17/20
Eye opening facts about realities on the ground.
Review by Eay on 07/17/20 review stating Eye opening facts about realities on the ground.
This is well balanced reality that is rarely found in American media. Opens eyes to the underlying fears that cause injustice in thee every day life of many living in this situation. Watch and contribute to a peaceful solution for all people. When everyone has justice no one is trying to have power over others.
FRONTLINE: Netanyahu At War DVD
M
Mal
Anonymous User
5.0 star rating
07/17/20
THE WHOLE WORLD SHOULD SEE THIS-VERY WELL DONE !!!
Review by Mal on 07/17/20 review stating THE WHOLE WORLD SHOULD SEE THIS-VERY WELL DONE !!!
Front line should get an academy reward for this outstanding example of the kind of mess we have in Washington. Well done !!!!!
FRONTLINE: Netanyahu At War DVD
Copyright © 2023 Public Broadcasting Service (PBS). All rights reserved.   PBS.org   PBS Mission   Privacy & Security   1-800-531-4727 1-833-565-0293