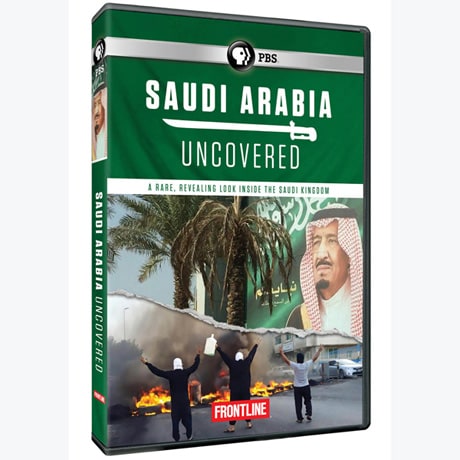 The Roosevelts: An Intimate History (Hardcover)

With stunning undercover footage filmed by a secret network of activists, FRONTLINE takes viewers inside the tightly-controlled kingdom of Saudi Arabia to tell the stories of men and women who are risking everything to try to change their country, and challenge the powerful ruling regime.

The Saudi Arabia the world usually sees is a country of wealth and luxury shopping malls, but the documentary reveals a different side of the country: stark poverty, violence against women, religious police in action - and citizens fighting back. Saudi Arabia Uncovered follows key figures leading efforts to make change in Saudi Arabia - from an activist who was imprisoned and sentenced to 1,000 lashes for blog posts critical of the Saudi government and Islam, to a woman who filmed herself driving in defiance of the kingdom's laws. The film also includes unique access to the family of the controversial, executed Shia cleric Sheikh Nimr al-Nimr, whose 21-year-old nephew Ali is on death row for his role in anti-government protests as a teenager.

As the Saudi government grapples with economic distress, the wars in Syria and Yemen, and a resurgent Iran, Saudi Arabia Uncovered is a rare and revealing look at a side of the country rarely seen by the outside world.

Due to limited rights, this product is not available for shipping to Canada.

At My Table: A Celebration of Home Cooking (Hardcover)