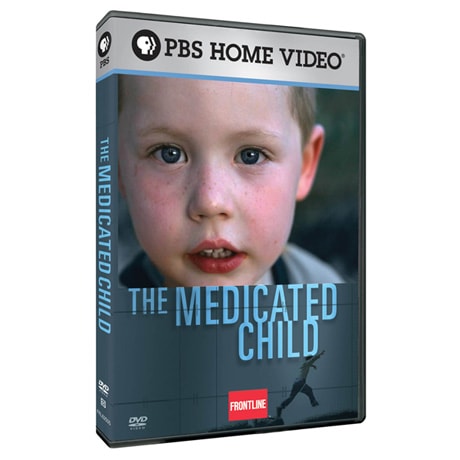 $24.99
5 Reviews Write a Review
Item #: WB4902
With over four million children now on behavior modifying medications, some starting as young as two years old, FRONTLINE continues its investigation into the controversial practice of medicating kids.  Are the drugs safe?  How young can you detect mental illness in a child?  Is medication really the answer?  As the debate grows more intense, FRONTLINE investigates the risks and benefits END_OF_DOCUMENT_TOKEN_TO_BE_REPLACED
Add to Wish List

With over four million children now on behavior modifying medications, some starting as young as two years old, FRONTLINE continues its investigation into the controversial practice of medicating kids.  Are the drugs safe?  How young can you detect mental illness in a child?  Is medication really the answer?  As the debate grows more intense, FRONTLINE investigates the risks and benefits of prescription drugs for troubled children.

4.4 star rating 5 Reviews
5 Reviews
F
F2020
Anonymous User
5.0 star rating
07/17/20
Pediatricians Psychotropics= Band-Aid
Review by F2020 on 07/17/20 review stating Pediatricians Psychotropics= Band-Aid
The Can of Truth has finally been opened. I work in the child and adolecent mental health field and was absoutly astounded by this film. The facts are true as is the outcome. Our Family Practice providers should not have to prescribe or manage any psychotropic medicaitons. This very common practice reflects the shortage of mental health providers available to treat this population. Too many children need this level of speciality care yet the Psychiatrists treating this population have too many patients and not much time to assess, address, or offer creative alternative treatment options. The end result of this dysfunctional model has spilled over into the offices of our Pediatricians and Family Practice Providers. This is a disaster in the making; our children deserve and need the best quality care we can provide. Our Pediatrician should not have to spend time addressing major mental health issues just as she should not be forced to do some type of surgery on the patient. Pediatricians treating and prescribing medicaitons for mental health issues is putting a giant band-aid on this entire system. These same Pediatricians can help improve this journey by refusing to prescribe and treat mental health issues. We all can do a much better job of addressing this endless cycle. I am hopeful that the next documentary will dig deeper into this subject and explore why there is such a shortage of Child/Adolecent Psychiatrists. Is it the liaibility related to treating children needing psychotropic medications? Is the problem related to the very low rate of reimbursment these providers receive to take on this daungthing challenge? How involved are the drug companies with all of this and can they be part of the solution? The mystery continues.
FRONTLINE: The Medicated Child DVD
K
Kochleffl51
Anonymous User
4.0 star rating
07/17/20
A great start toward a needed dialog.
Review by Kochleffl51 on 07/17/20 review stating A great start toward a needed dialog.
I have been working as a clinical psychologist in public education with children with behavioral issues for over 25 years. Popular diagnoses come and go. My desire is to see evidence-based dialog that allows us to make the best possible diagnostic decisions. This video opens the door to that discussion in a balanced way.
FRONTLINE: The Medicated Child DVD
D
De D.
Anonymous User
5.0 star rating
07/17/20
parental education tool
Review by De D. on 07/17/20 review stating parental education tool
Reviewing this video with a parent considering medicating their child encourages many parents to search for equally affective alternative interventions.The parent becomes empowered to advocate for their child. This is an inspirational education. Price-less!
FRONTLINE: The Medicated Child DVD
T
Talk O.
Anonymous User
4.0 star rating
07/17/20
A must see
Review by Talk O. on 07/17/20 review stating A must see
This is an eye-opener for all to see. As a therapist I believe all teachers, doctors, mental health professionals and parents should see this film prior to medicating children. I do wish the film could have extended some possible alternatives such as the need for individual and family therapy in addition to or as a substitute for medications. I work to help families raise ADD/ADHD, and ODD children and see the desperations, need for services and education parents long for. Thank you for bringing this topic out from behind closed doors.
FRONTLINE: The Medicated Child DVD
D
Dee
Anonymous User
4.0 star rating
07/17/20
Excellent teaching tool
Review by Dee on 07/17/20 review stating Excellent teaching tool
As a clinician in the adolescent and child mental health field. I found this to be an excellent teaching tool/addendum for parents,patients, students and non clinical population.
FRONTLINE: The Medicated Child DVD
Copyright © 2022 Public Broadcasting Service (PBS). All rights reserved.   PBS.org   PBS Mission   Privacy & Security   1-800-531-4727 1-833-565-0293