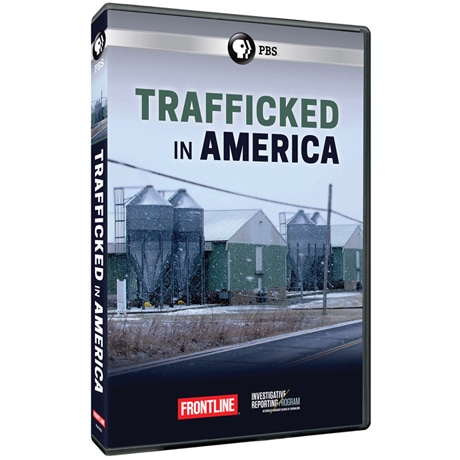 No Reviews Write the First Review
Item #: WB5122
FRONTLINE: Trafficked in America Trafficked in America investigates how teenagers from Central America were smuggled into the U.S. by traffickers who promised them jobs and a better life - only to force them to live and work in virtual slavery to pay off their debt. This documentary shines new light on a labor trafficking case in which Guatemalan teens were END_OF_DOCUMENT_TOKEN_TO_BE_REPLACED
Add to Wish List

FRONTLINE: Inside the Teenage Brain DVD

This documentary shines new light on a labor trafficking case in which Guatemalan teens were forced by a third-party contractor to work against their will at Trillium Farms in Ohio, a major egg producer. The investigative team exposes a criminal network that exploited undocumented minors, the companies who profited from their forced labor, and how U.S. government policies and practices helped to deliver some teens directly to their traffickers.

Gripping and revealing, Trafficked in America presents a rare look inside the hidden reality of labor trafficking in the United States.

The Shadow World: Inside the Global Arms Trade (Paperback)

The Last Days of Jesus DVD

The Grapes of Wrath (Paperback)