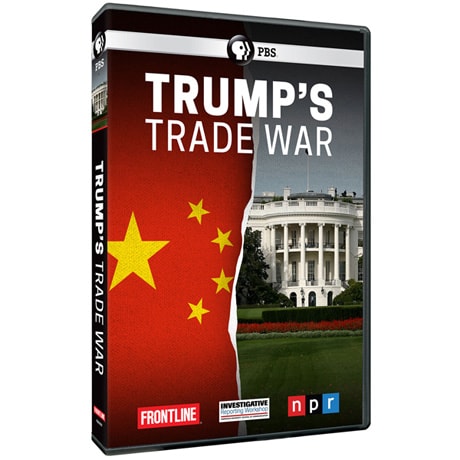 FRONTLINE and NPR investigate the forces driving the Trump administration's gamble to confront China in Trump's Trade War. From FRONTLINE producer Rick Young and his team and NPR correspondent Laura Sullivan, Trump's Trade War takes viewers on the ground in both the U.S. and China, drawing on business and government insider accounts to offer an eye-opening look at the increasingly competitive rivalry between the two countries - a rivalry that extends well beyond just trade and tariffs.