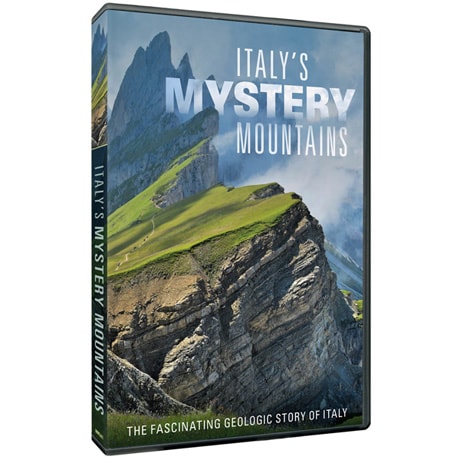 Mister Rogers and Me DVD

Enemy of the Reich: The Noor Inayat Khan Story DVD

Italy's Mystery Mountains explores the fascinating geologic story of Italy, the land known for its fabulous art, fantastic food, opera, the dolce vita, and so much more. What's less known about Italy is the diversity and turbulence of the geology behind all of this abundance: the continuously erupting volcanoes, the violent earthquakes, the clash of mighty tectonic plates, and the rising of the mountains from which Michelangelo sourced his famous marbles.