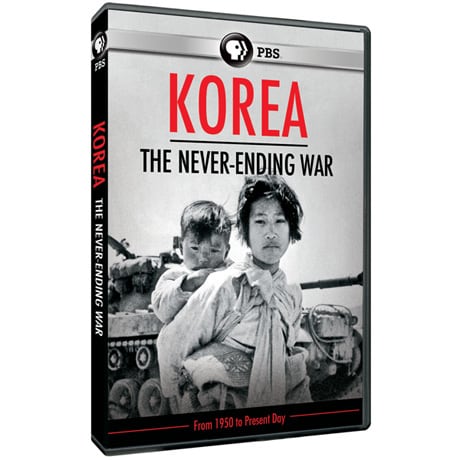 A Place Out of Time: The Bordentown School DVD

Korea: The Never Ending War Written and produced by John Maggio and narrated by Korean-American actor John Cho, Korea: The Never-Ending War sheds new light on the global upheaval that led to the Korean War in 1950, a moment when the Cold War turned hot, and how today that war's brutal legacy has forced the world into a deadly nuclear showdown. With testimony from the soldiers on the frontlines, civilians caught in the crossfire, political leaders from then and now, journalists and historians, the film is a comprehensive re-examination of a war that took the lives of tens of thousands of American GI's and millions of Koreans. It is war that has raged for generations. A war that most Americans don't remember, and Koreans can never forget. The film documents how the conflict has continued post-1953; the events that triggered North Korea's nuclear program; and South Korea's economic expansion. The consequences of the war's stalemate contribute to a dangerous stand-off between North and South Korea, the United States and China. The 'end' of this conflict is still an open question.

The Vietnam War: A Film by Ken Burns and Lynn Novick DVD & Blu-ray