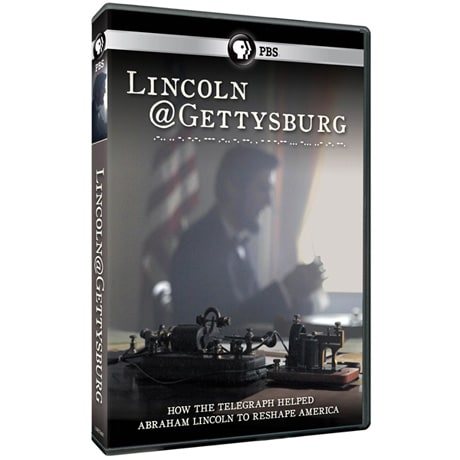 No Reviews Write the First Review
Item #: WB6842AV
Braids together the stories behind Lincoln's appearance at Gettysburg, his speech that day, and its dissemination to explore Lincoln's roles as military commander, chief executive, and minister to a wounded and grieving people.
Add to Wish List

Braids together the stories behind Lincoln's appearance at Gettysburg, his speech that day, and its dissemination to explore Lincoln's roles as military commander, chief executive, and minister to a wounded and grieving people.

How the telegraph helped Abraham Lincoln to reshape America

In 1863, Abraham Lincoln proved himself a master of a new frontier - not on the battlefields of the Civil War, but in his "high-tech" command center, the War Department Telegraph Office. The telegraph was the "Internet" of the nineteenth century, and it gave Lincoln powers of command, communications, and control never before exercised by a commander-in-chief. He used this new technology to connect the country to him - receiving nearly live dispatches via telegraph from his generals in the field and sending out his plans for the nation faster and with more clarity than ever before.

The results of Lincoln's pioneering experiment in electronic leadership would ultimately lead to the fields of Gettysburg. There, one battle turned the tide of the Civil War - and became the setting for the 272 words of Lincoln's Gettysburg Address, the speech that recast the American ideal as a national creed. Lincoln@Gettysburg unfolds the greatest turning point in American history, the rebirth of a nation, and the dawn of the information age.