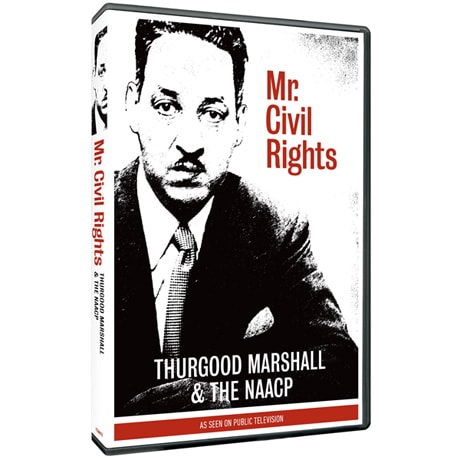 $24.99
2 Reviews Write a Review
Item #: WB7542
Mr. Civil Rights: Thurgood Marshall and the NAACP Civil rights attorney Thurgood Marshall's triumph in the 1954 Brown v. Board of Education Supreme Court decision to desegregate America's public schools completed the final leg of an heroic journey to end legal segregation. For 20 years, during wartime and the Depression, Marshall had traveled hundreds of thousands of miles through the END_OF_DOCUMENT_TOKEN_TO_BE_REPLACED
Add to Wish List

Ken Burns: Lewis & Clark: The Journey of the Corps of Discovery DVD

Great Performances: Birgit Nilsson: A League of Her Own DVD

For 20 years, during wartime and the Depression, Marshall had traveled hundreds of thousands of miles through the Jim Crow South of the United States, fighting segregation case by case, establishing precedent after precedent, all leading up to one of the most important legal decisions in American history. Along the way, he escaped the gun of a Dallas sheriff, was pursued by the Ku Klux Klan on Long Island, hid in bushes from a violent mob in Detroit, and even survived his own lynching.

In this impossible environment, Thurgood Marshall won more Supreme Court cases than any lawyer in American history, and set the stage for the civil rights movement of the 1960s. Marshall, who went on to become the first black Supreme Court justice in 1967, made the work of civil rights pioneers like the Rev. Martin Luther King, Jr. and Rosa Parks possible, by laying the groundwork to end legal segregation and changing the American legal landscape.