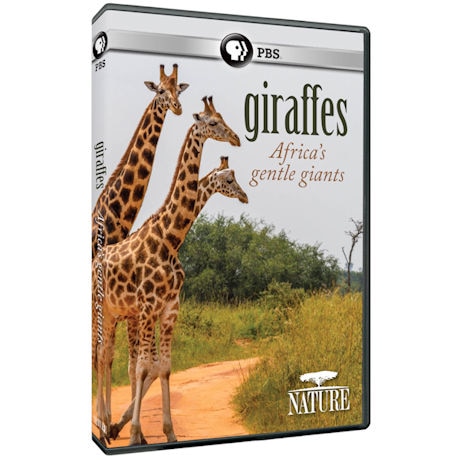 Everyone loves giraffes, but what do we really know about them? Dr. Julian Fennessy has spent the last 20 years of his life studying giraffes. Now   END_OF_DOCUMENT_TOKEN_TO_BE_REPLACED
Add to Wish List

Downton Abbey "What is a Weekend?" 16oz Mug

FRONTLINE: The Trouble with Antibiotics DVD

NOVA: Mystery of the Megavolcano DVD

NOVA: Apollo 13: Journey to the Moon, Mars and Back DVD

Everyone loves giraffes, but what do we really know about them? Dr. Julian Fennessy has spent the last 20 years of his life studying giraffes. Now he's starting to reveal their secrets - the most important being that they are disappearing. The giraffe population in Africa is down by 40 percent in just two decades. In collaboration with a determined Ugandan Wildlife Authority team, Fennessy wants to round up 20 of the world's rarest giraffes to get them to safety through the wild heart of Uganda, which means embarking on a special voyage across the mighty Nile River. The stakes are high in this urgent and daring mission against poachers affiliated with organized crime, but if successful, the reward will be a brighter future for an animal we have somehow overlooked.

The Mind of a Chef: David Chang (Season 1) DVD