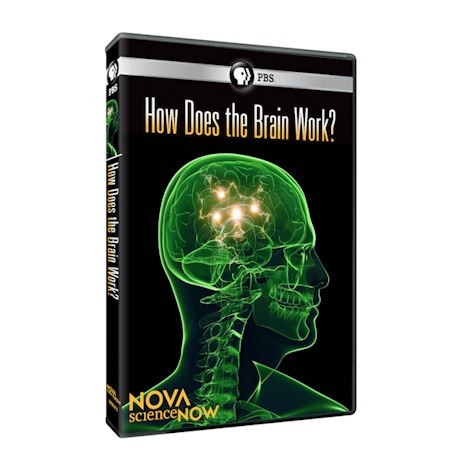 NOVA scienceNOW: How Does the Brain Work? DVD

No Reviews Write the First Review
Item #: WB8552
This NOVA scienceNOW poses the question - How Does the Brain Work? - and host Neil deGrasse Tyson tackles one of science's major challenges in each episode. He will guide us as he explores dramatic discoveries   END_OF_DOCUMENT_TOKEN_TO_BE_REPLACED
Add to Wish List

In Their Own Words - Queen Elizabeth DVD

Secrets of the Dead: Leonardo, The Man Who Saved Science DVD

This NOVA scienceNOW poses the question - How Does the Brain Work? - and host Neil deGrasse Tyson tackles one of science's major challenges in each episode. He will guide us as he explores dramatic discoveries and the frontiers of research that connect each central, provocative mystery.

Program episodes include
Magic and the Brain - Are the secrets behind the world's greatest magic tricks actually wired into the human brain? Eccentric magicians Penn and Teller and Las Vegas trickster Apollo Robbins team up with neuroscientists to reveal how our brains process visual information. Can you really believe your own eyes?

Can Machines Think Like Us? - Can we make a robot that really thinks, learns, and acts like us? Replicating the human brain is a lot tougher than it looks; the promise of walking, talking ""androids"" is still just a fantasy. But scientists are edging closer with machines like Watson, an IBM computer which is gearing up for a first-of-its-kind challenge: Taking on human contestants on the game show Jeopardy.

Magnetic Mind Control - Obi-Wan Kenobi used it to get his droids past policing stormtroopers in Star Wars. The Communists used it to turn a captured soldier into an assassin in The Manchurian Candidate. But now the thrilling, terrifying prospect of controlling another's mind using invisible forces is stepping out of the movies and into the lab, as scientists ""hack"" into the human brain.

Profile: David Eagleman - How does the brain construct reality using the information it takes in? Neuroscientist David Eagleman is using a unique brand of ""guerilla science"" to study time perception - dropping people 100 feet into a net - and synesthesia, a bizarre crossing of the senses in the brain.

The Durrells in Corfu: Season 4 DVD

H Is for Hawk (Paperback)