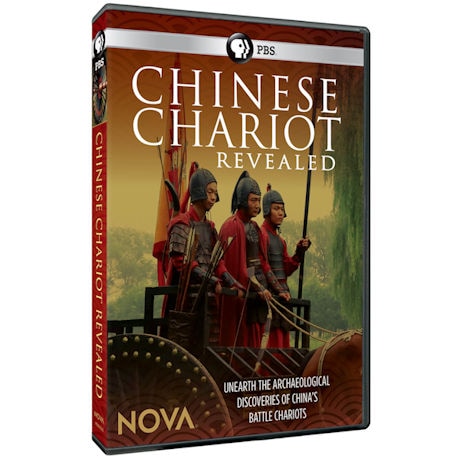 Atlas Obscura Explorer's Guide for the World's Most Adventurous Kid

For over a thousand years, chariots thundered across China's battlefields - dominating warfare far longer than anywhere else on earth. Now a series of amazing archaeological discoveries, including whole chariots buried with their horses, enable a team of experts to probe the genius of China's first super-weapon. By recreating an actual battle chariot they investigate the design secrets which made them such a long-lived war machine, while discovering how they were used, what set them apart from the rest of the world and how they helped unify China.

NOVA: Rise of the Mammals DVD

In Their Own Words - Queen Elizabeth DVD

Life on Fire: Wildlife on the Volcano's Edge