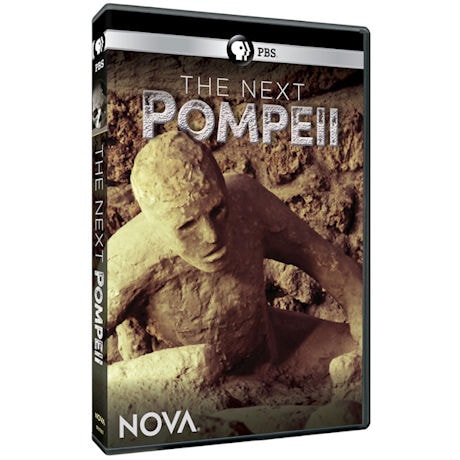 NOVA: The Next Pompeii DVD

No Reviews Write the First Review
Item #: WC0542
NOVA: The Next Pompeii Could a massive volcanic eruption devastate a major Italian city? The eruption of Mount Vesuvius is the ancient world's most haunting catastrophe. Within hours of its awakening in   END_OF_DOCUMENT_TOKEN_TO_BE_REPLACED
Add to Wish List

NOVA: The Next Pompeii Could a massive volcanic eruption devastate a major Italian city? The eruption of Mount Vesuvius is the ancient world's most haunting catastrophe. Within hours of its awakening in AD 79, deadly clouds of burning ash and gas swept down through the bustling Roman city of Pompeii, burying thousands. But few of today's inhabitants of nearby Naples realize the existence of another volcano right under their feet. In fact, the city's suburbs and outlying towns are home to hundreds of thousands of people who live inside the giant collapsed crater of an ancient supervolcano. Its last major eruption killed 6,000 people in 1631. Now, a team of geologists has found evidence that a huge volume of magma is stirring beneath the surface of the crater and could break through the crust in the near future, triggering an explosive eruption that could kill thousands. In The Next Pompeii, NOVA joins investigators as they hunt for clues hidden beneath the surface and assess the risk of a new and potentially devastating eruption. The show also follows historians and geologists as they discover the latest evidence of Pompeii's fiery destruction, unpacking the chain of events that led to the ancient world's most notorious disaster. What lessons does the tragedy of Pompeii hold for Naples' citizens, who may face a mounting threat from the unseen forces beneath their feet?

American Experience: Ripley: Believe it or Not DVD