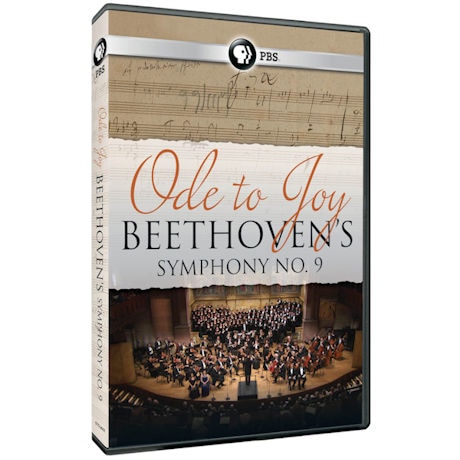 Ludwig van Beethoven's transformative Symphony No. 9 has been described as ""the world's greatest symphony,"" its ""Ode to Joy"" recognizable even to the most casual classical music listener. This special Ode to Joy: Beethoven's Symphony No. 9 showcases this triumphant musical masterpiece in a rare full-length television recording by the Vienna Chamber Orchestra with the Westminster Symphonic Choir, under the direction of conductor Mark Laycock. The orchestra and choir are joined by soprano Ah Young Hong, mezzo-soprano Leah Wool, tenor William Burden and bass-baritone Mark S. Doss. The concert was recorded at historic Alexander Hall on the campus of Princeton University. An introduction to the performance, narrated by actor John Lithgow, gives a unique perspective on music history with the stories of the two great men central to the concert - American scholar, philanthropist, and human rights advocate William H. Scheide, and Austrian composer Ludwig van Beethoven. The performance was filmed during Princeton alumni Scheide's 100th birthday celebration and in location in Vienna, Austria.