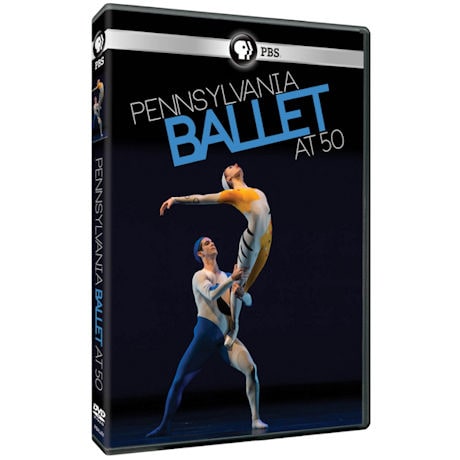 Pennsylvania Ballet at 50 showcases one of Philadelphia's cultural treasures, Pennsylvania Ballet, and highlights the Company's 50th anniversary celebration performance in 2013 at Philadelphia's historic Academy of Music. Performances of After the Rain by Christopher Wheeldon, Under the Sun Pas de Deux by Margo Sappington, and Diamonds from Jewels by George Balanchine provide an entertaining and intimate look at three very different ballets.

One of the premier ballet companies in the United States, Pennsylvania Ballet has been at the forefront of American dance since 1963. The Company has earned a national reputation for its impassioned artistry and technical virtuosity, and has received widespread critical acclaim for its performances of a diverse classical and contemporary repertoire with a Balanchine base. Pennsylvania Ballet at 50 captures the energy and exuberance of the Company's versatile dancers.