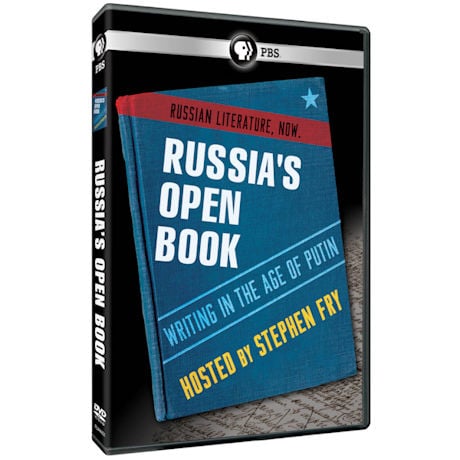 Russia's Open Book: Writing in the Age of Putin

Some of the greatest literary achievements of the 19th and 20th century are Russian: Dostoyevsky's Crime and Punishment, Tolstoy's War and Peace, Gogol's Dead Souls, and Solzhenitsyn's One Day in the Life of Ivan Denisovich. RUSSIA'S OPEN BOOK: WRITING IN THE AGE OF PUTIN asks the question: Who is the new Tolstoy, Dostoevsky, or Gogol waiting to be discovered by the English-speaking world?

Hosted by actor, author, and activist Stephen Fry, RUSSIA'S OPEN BOOK focuses on six authors whose vibrant, idiosyncratic work continues to gain traction with a global audience: Dmitry Bykov, Mariam Petrosyan, Zakhar Prilepin, Anna Starobinets, Vladimir Sorokin, and Lyudmila Ultiskaya. With contributions from their literary critics, publishers, and peers, the film features extensive interviews with each author. Excerpts from their recent writing are brought to life with vivid animation sequences created exclusively for the film alongside Fry's dramatic readings of their works in English.