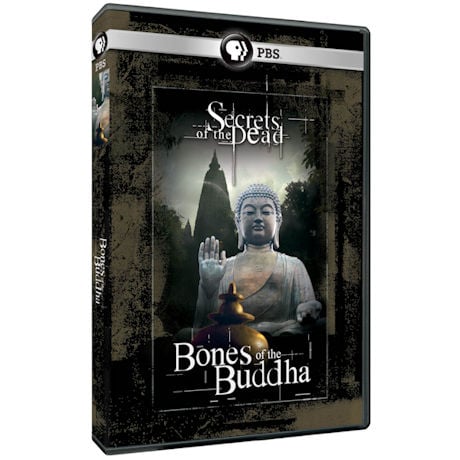 Did a 19th-century British landowner really discover gold, jewels, and the charred bones of the Lord Buddha in an underground chamber on his estate? Is the site of this 'discovery' the legendary lost city of Kapilavastu, where the real Buddha lived as Prince Siddhartha?

5 star rating 1 Review
1 Review
L
Li L.
Anonymous User
5.0 star rating
12/29/20
Exciting, inspiring, of lasting value
Review by Li L. on 12/29/20 review stating Exciting, inspiring, of lasting value
This is archeology with heart! IMagine finding a rich historical record of a person revered by millions, whose life is known but whose remains have been elusive. Not anymore! In this well-documented program, a varied cast of explorers,scoentists, linguists, and the significant dead ( both good and evil, greedy and reverent) lead us on a hunt for the remains of the Buddha, traversing the environs of his birth and his journey, and, ultimately, his death. A mystery solved--satisfying, rich, important!
Secrets of the Dead: Bones of the Buddha DVD
Copyright © 2023 Public Broadcasting Service (PBS). All rights reserved.   PBS.org   PBS Mission   Privacy & Security   1-800-531-4727 1-833-565-0293