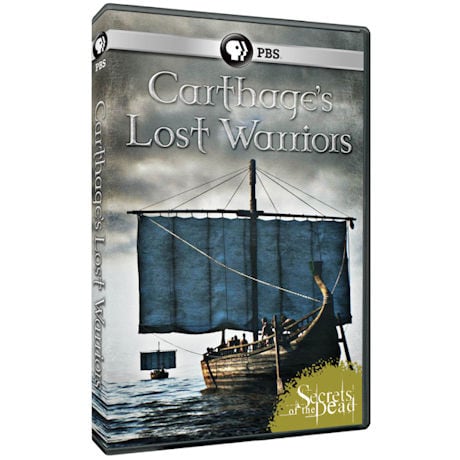 $24.99
1 Review Write a Review
Item #: WC2222
Secrets of the Dead: Carthage's Lost Warriors At the headwaters of the Amazon, archaeologist are on the trail of a tribe which was lost centuries ago. The Chachapoya left hidden necropolises and one of   END_OF_DOCUMENT_TOKEN_TO_BE_REPLACED
Add to Wish List

At the headwaters of the Amazon, archaeologist are on the trail of a tribe which was lost centuries ago. The Chachapoya left hidden necropolises and one of the largest fortress in the Americas called ""Kuelap."" The Inca feared their power in combat and praised the beauty of their women. This warrior people of the Andes is surrounded by secrets, and its origin remains the largest secret of all.

After decades of research, a German professor believes he is able to solve the mystery of the Chachapoya. The circular stone buildings of this tribe were reminiscent of the two-thousand-year-old buildings made by Spanish Celts. Indeed, for the cultural scientist, the idea that the Chachapoya may have originated in the ancient Mediterranean is supported by the similarity of religious symbols and images of gods. Amazingly, identical slingshots were used on both sides of the Atlantic as well as the same technique of drilling holes in the skull for medicinal and ritual purposes.

The hypothesis asks: Was it possible for Celtic warriors who joined forces with daring sailors from Carthage to arrive in Peru two millennia ago? Could visitors from the other side of the Atlantic have sailed all the way across the ocean to escape warring Romans and made it to the New World long before Columbus ever did?

NOVA: Treasures of the Earth DVD

Earth: The Inside Story DVD