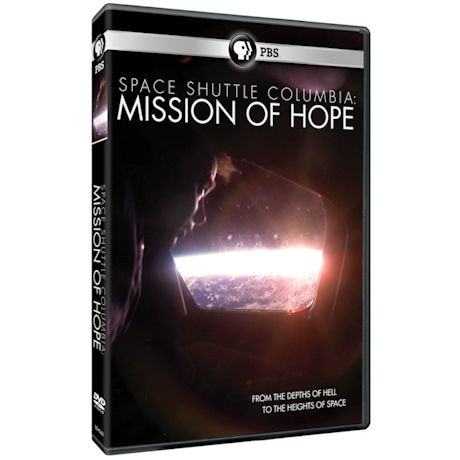 The Face - Jesus In Art DVD

It's You I Like: A Mister Rogers Poetry Book

Space Shuttle Columbia: Mission of Hope is the untold, inspirational story of Colonel Ilan Ramon, a fighter pilot and son of Holocaust survivors who became the first astronaut from Israel. Inspired by his family and country, Ramon's mission into space became a quest to tell the world a powerful story about the resilience of the human spirit. Although the seven astronauts of Columbia tragically perished on February 1, 2003, a remarkable story of hope, friendship across cultures, and an enduring faith emerged.

Going behind the scenes, Space Shuttle Columbia: Mission of Hope details Ramon's ""mission within the mission"" to carry into space a miniature Torah scroll that survived the horrors of the Holocaust and once belonged to Israel's lead scientist for the mission, Joachim Joseph. The film follows the scroll's path from the Nazi concentration camp Bergen-Belsen to the flight deck of Columbia. From the depths of hell to the heights of space, this Torah would serve to honor the hope of a nation and to fulfill a promise made to generations past and future.

9 Months That Made You DVD