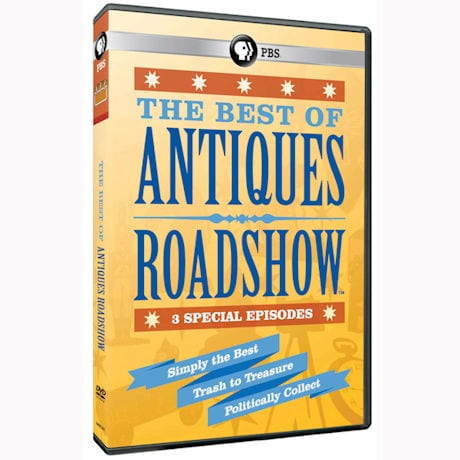 The Best of Antiques Roadshow DVD

Politically Collect - Celebrates two great American traditions - electing and collecting - and commemorates political battles long past. Highlights include an extensive collection of campaign buttons; a court affidavit submitted by Jimmy Carter to the state of Maine on the eve of the 1976 Presidential election, appealing its decision to list him on the ballot as James Earl Carter; and signed photos of Presidents John F. Kennedy and Lyndon B. Johnson, valued at $75,000.