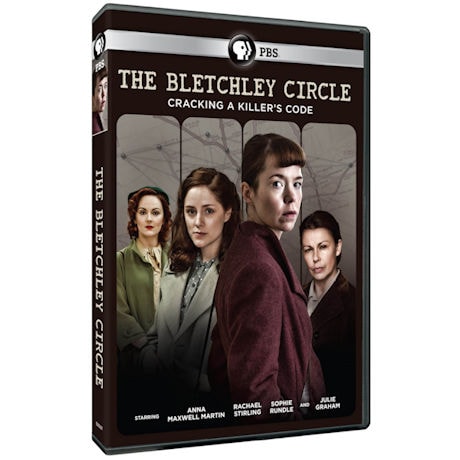 No Offence: The Complete Collection DVD

Dark Was the Night DVD

With an extraordinary flair for code breaking and razor-sharp intelligence skills, four seemingly ordinary women become the unlikely investigators of a string of grisly murders in this original thriller, set against the backdrop of post-war London.

Now in 1952, they have returned to post-war domesticity, and although Susan may appear a typical wife and mother, when she hears about a string of unsolved murders in London, Susan's old Bletchley spirit is ignited. She reconvenes the formidable foursome to solve the murders - bohemian and streetwise Millie; Lucy, with a brilliant photographic memory, and Jean, the methodical no-nonsense organizer. Can they rekindle their expertise and discover the killer's next move - before the killer strikes again?

Special Bonus Features include…
- Interview with Cast and Crew

You are Special: Words of Wisdom For All Ages From A Beloved Neighbor (Paperback)

American Experience: The Mine Wars DVD