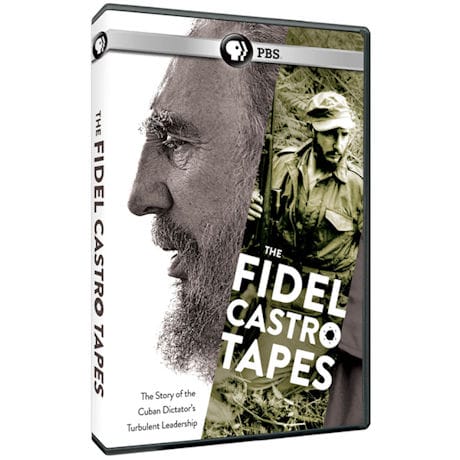 NOVA: Can Alzheimer's Be Stopped DVD

In 1959, Fidel Castro rose to power in Cuba. He has been one of the most controversial figures in the world ever since. The Fidel Castro Tapes chronicles the Cuban leader's ability to maintain control through ongoing tumult in his country, and in his dealings with the United States and the rest of the world.

The Fidel Castro Tapes is a story told without interviews. Instead the program relies on media reports, rare images and recordings to document Castro's turbulent leadership. In addition to material obtained through traditional media sources, this program includes footage obtained from the Cuban Archives, which helps glimpse the life and times of Castro from inside his country. By using an ""in the moment"" style of storytelling, The Fidel Castro Tapes gives viewers a sense of being there during the most important times in Castro's career.

NOVA: Is There Life on Mars? Reports From The Phoenix Lander DVD