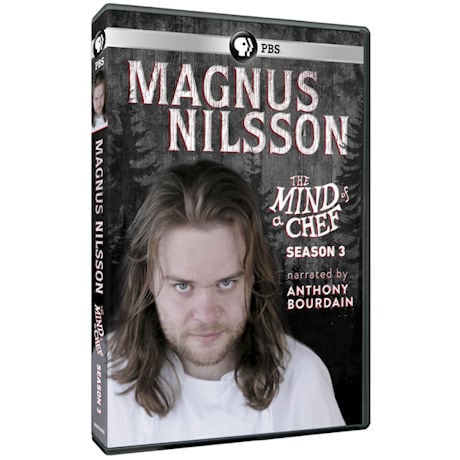 Great Performances: Bernstein at 100: The Centennial Celebration At Tanglewood DVD

The Mind of a Chef: Magnus Nilsson

From Executive Producer Anthony Bourdain, The Mind of a Chef brings viewers into Magnus Nilsson's meticulously planned and executed kitchen at Fäviken for an all-access look at what it takes to run what some people say is the most creative and surprising restaurant on the planet. Favoring simple cooking methods and local ingredients, Nilsson and his team reject popular contemporary cooking style while relying on innate skills and knowledge of the product to get the perfect result.

Get inside the innovative mind of Chef Nilsson in these eight half-hour episodes as he travels throughout Scandinavia, demonstrating how to make the most of ingredients at their freshest, to Paris, where he reflects on the influence of his early experience at some of the city's most celebrated restaurants, and deep into the Atlantic Ocean to explore the traditional Nordic culinary techniques of the Faroe Islands.

Dinosaur Train: What's at the Center of the Earth? DVD