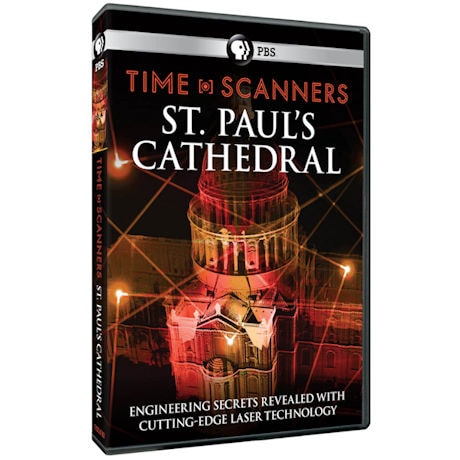 Prince Philip: The Plot to Make a King DVD

Join structural engineer Steve Burrows as he takes his team of laser-scanning experts to seventeenth-century St Paul's Cathedral in the heart of London, England. Using the latest technology, the team explores this architectural masterpiece in a completely new light, unveiling the engineering challenges faced by its creators in the time of Charles II.

Built by architectural genius Sir Christopher Wren, St. Paul's Cathedral stands today as a majestic symbol of the British nation. To reveal Wren's engineering secrets, the Time Scanners team will unveil an awe-inspiring 3D model of the cathedral, allowing us to better understand how Wren built such an ambitious structure against all the odds. Using laser scans, the team investigates how the cathedral survived a direct hit by a Nazi bomb during the London Blitz, and reveal how the famous architect overcame unstable foundations and immense structural forces to support the iconic dome.

They Shall Not Grow Old DVD & Blu-ray

FRONTLINE: Are We Safer? DVD