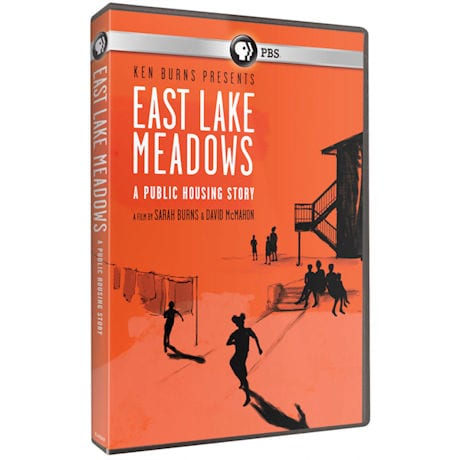 $24.99
2 Reviews Write a Review
Item #: WC5892
East Lake Meadows In 1970, the Atlanta Housing Authority opened a public housing community on the edge of the city called East Lake Meadows. Over the next 25 years, many thousands of low-income Atlantans,   END_OF_DOCUMENT_TOKEN_TO_BE_REPLACED
Add to Wish List

William Kentridge: Anything is Possible DVD

East Lake Meadows In 1970, the Atlanta Housing Authority opened a public housing community on the edge of the city called East Lake Meadows. Over the next 25 years, many thousands of low-income Atlantans, mostly African American, would call it home. Shoddy construction and a lack of funding left the project and surrounding landscape in disrepair and led to a rapid decline in the quality of life. As public housing in America became increasingly stigmatized and abandoned, and a crack wave swept through the neighborhood, East Lake Meadows became nearly uninhabitable, but residents nonetheless found ways to overcome violence and neglect, raise kids, find work, and create moments of joy.?In the mid-1990s, Atlanta bulldozed East Lake Meadows to make way for new mixed-income housing, as government and philanthropic funds poured into the area in an effort to create a thriving community.

Through the stories of the former residents, East Lake Meadows: A Public Housing Story gives voice to some of the most marginalized people in our society and raises critical questions about how we have created concentrated poverty and limited housing opportunity for African Americans, and?what responsibility we have as a people to ensure decent housing for our most vulnerable citizens.

Story of My Life Graph Shirts - What I Planned vs. What Happened