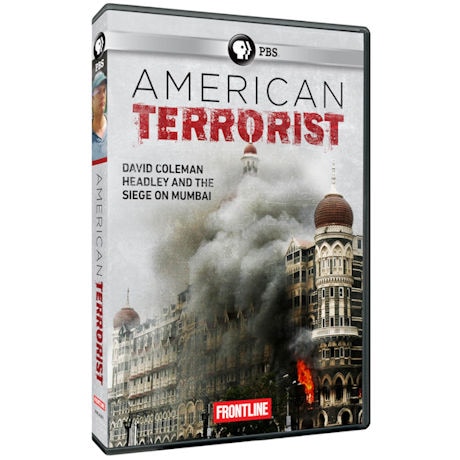 NOVA: Lost at Sea: The Search for Longitude DVD

FRONTLINE and ProPublica investigate American-born terrorist David Coleman Headley, who played a key role in planning the deadly 2008 siege on Mumbai. In this film, Thomas Jennings and Sebastian Rotella update and expand upon their collaborative 2011 documentary, A Perfect Terrorist, to include new revelations that international intelligence agencies had technology in place to spy on one of the Mumbai masterminds, but failed to detect and stop the plot in a historic near-miss as reported in 2015 exclusively by The New York Times, ProPublica, and FRONTLINE based on documents leaked by Edward Snowden.

This film presents new analysis that raises questions about the efficacy of mass electronic surveillance programs, showing that spy agencies failed to detect Headley before and after the Mumbai attacks and challenging claims that NSA programs played a key role in his capture.

Exclusive accounts from investigators demonstrate how the FBI finally identified, tracked and captured Headley, who became an important witness for the agency. This is a chilling, comprehensive portrait of an American terrorist - and a troubling case study of the limitations of even the most sophisticated electronic surveillance capabilities.

Secrets of the Dead: Hannibal in the Alps DVD

NATURE: Forest of the Lynx DVD