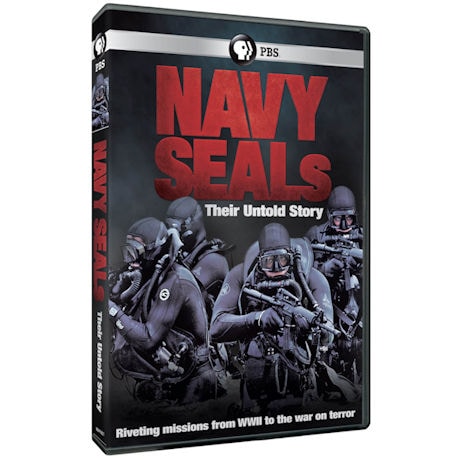 $24.99
7 Reviews Write a Review
Item #: WC6422
The Navy Seals - Their Untold Story Riveting Missions from WWII to the War on Terror. Despite the attention paid to the U.S. Navy SEALs (Sea, Air and Land) since their daring takedown of Osama bin Laden, few know the story of how the first U.S. Navy frogmen became the renowned warriors of today. NAVY SEALs - THEIR UNTOLD STORY END_OF_DOCUMENT_TOKEN_TO_BE_REPLACED
Add to Wish List

My Vietnam Your Iraq DVD

The Navy Seals - Their Untold Story

Riveting Missions from WWII to the War on Terror.

I Am the Storm Necklace

The Mind of a Chef: Ludo Lefebvre (Season 5) DVD