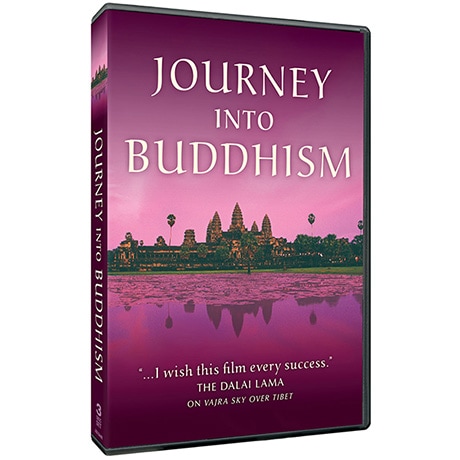 $39.99
11 Reviews Write a Review
Item #: WC7012
Yatra is the Sanskrit word for pilgrimage or spiritual journey. These three visually stunning documentaries are cinematic pilgrimages to legendary places in Southeast Asia and Tibet, including the spiritual wonders of Laos, Thailand, Burma, Bali, Cambodia, Java and Central Tibet.
Add to Wish List

Yatra is the Sanskrit word for pilgrimage or spiritual journey. These three visually stunning documentaries are cinematic pilgrimages to legendary places in Southeast Asia and Tibet, including the spiritual wonders of Laos, Thailand, Burma, Bali, Cambodia, Java and Central Tibet.

Journey into the living traditions and lost civilizations of this vibrant part of the world and explore the universal ideals of wisdom, compassion and inner peace at the very heart of these ancient Buddhist cultures.

The living presence of place is the primary focus of these lyrical films which are meditations themselves. Their deliberate pacing, unobtrusive narration, indigenous music and harmonic chants are designed to induce an inner journey while traveling to these legendary places. Viewers are invited to relax and let the experience wash over them, making the trilogy part of their own journey.

Dharma River: Take a timeless journey through legendary rivers to the greatest Buddhist temples and mystical sites of Thailand, Laos and Myanmar. This is the first documentary in John Bush's Yatra trilogy, which World Movie Reviews called "a spiritual film with a big heart that dazzles with amazing imagery" and "an illuminating meditation" by Variety.

Prajna Earth: Explore the lost civilization of Angkor in Cambodia, the magnificent Angkor Wat temple and Bali's sacred landscapes. Narrated by Sharon Stone, the trilogy's second film also shares trance dancers in the jungles of Java and the gigantic seven level mandala mountain of Borobudur and is described as "inducing an inner journey" by Asia Society, New York.

Vajra Sky Over Tibet: This stunning pilgrimage, "beautifully shot in Tibet's most sacred sites" as described by Variety, received the blessing of the Dalai Lama and bears witness to the indomitable faith of the Tibetan Buddhist community and the imminent threat to its very survival. Travel through breathtaking Himalayan terrain, in this third film of John Bush's Yatra Trilogy.

"Eye-opening and essential if you have an interest in Eastern spirituality." -Ty Burr, Film Critic, Boston Globe

"The trilogy fills us with wonder at the spiritual culture--past and present--from this vibrant region.  Viewers will be awed by this luminous world--so rarely captured on film." - Bo Smith, Museum of Fine Arts, Boston

"The Yatra Trilogy offers up the mesmerizing beauty and ineffable power of places most of us will never see." - Marcy Talbot, Tricycle