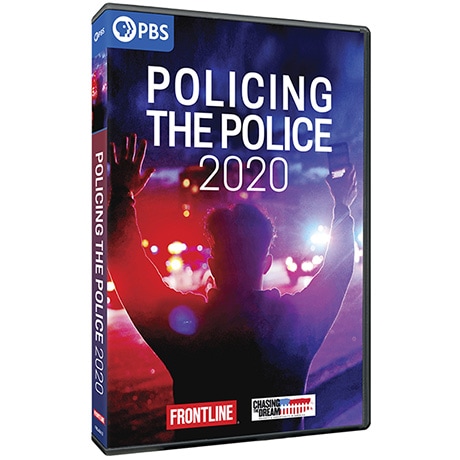 No Reviews Write the First Review
Item #: WC9442AVDV
Race, policing and the struggle to hold departments accountable. In the wake of George Floyd's killing, New Yorker writer Jelani Cobb examines prospects for reform, and returns to the case of one troubled department he first visited in 2016.
Add to Wish List

Race, policing and the struggle to hold departments accountable. In the wake of George Floyd's killing, New Yorker writer Jelani Cobb examines prospects for reform, and returns to the case of one troubled department he first visited in 2016.

Against the backdrop of a pandemic that is disproportionately killing Black people, the deaths of George Floyd and Breonna Taylor at the hands of the police in 2020 sparked a push for racial justice and calls for change. FRONTLINE and New Yorker staff writer Jelani Cobb examine the realities of race and policing in America, asking the question: Can policing be done differently—and is there the will to make the change?

The film explores the story of Newark, New Jersey, which has been undergoing an experiment in police reform for several years. In many cities across America this summer, police met both protesters and members of the media with force. But things remained relatively calm in Newark—whose police force was ordered to reform by the Department of Justice in 2016 after a federal investigation found a pattern of civil rights abuses, the brunt of which was borne by Black and Latino residents.

Policing the Police 2020 traces how the reform effort has played out in Newark—where prior to federal intervention, approximately 75 percent of stops by officers were found to have no documented legal justification—and how President Trump's Department of Justice has largely abandoned federal efforts to compel systemic change in police departments. The film is supported by Chasing the Dream, a public media initiative from The WNET Group in New York that examines poverty, justice and economic opportunity in America.