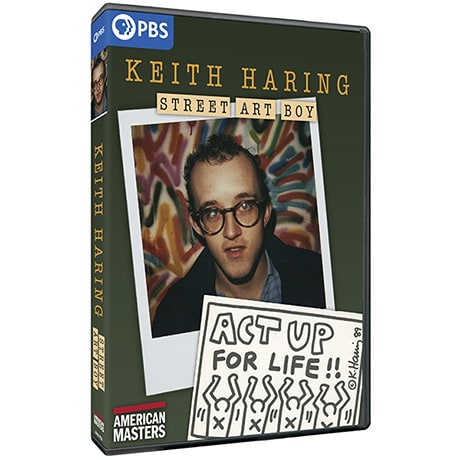 Haring moved to New York in late 1970s from Kutztown, Pennsylvania, and quickly immersed himself in New York City culture. Influenced by the sounds of punk rock and the emerging gay scene, he enrolled at the School of Visual Arts, where he became fascinated by semiotics. His serpents and monsters, sinister technology and fallen angels decorated New York City in the form of graffiti, and the people of New York took notice. With his newfound success, he was embraced by icons of 80s popular culture: Vivienne Westwood, Grace Jones and Malcom McLaren.

In 1986, Harding opened The Pop Shop in SoHo, a boutique that featured his artwork. Through his many collaborations and successes, Haring battled AIDS and died on February 16th, 1990. His art was shown in over one hundred group and solo exhibitions during his lifetime and he continues to be celebrated as a major artist today, with works on display in exhibitions and museums around the world.