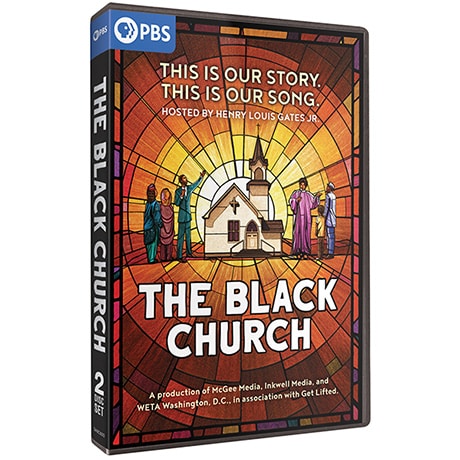 $29.99 $17.99
48 Reviews Write a Review
Item #: WD1612DV
The Black Church: This Is Our Story, This Is Our Song, hosted by Henry Louis Gates, Jr, chronicles the rich history of an institution at the heart of the African American experience.
Eligible for Buy 5 for $79 select DVDs/Blu-rays. Discount applies in cart.
Coming Soon

The Black Church: This Is Our Story, This Is Our Song, hosted by Henry Louis Gates, Jr, chronicles the rich history of an institution at the heart of the African American experience.

Beginning with enslavement, traveling through Emancipation, Jim Crow, the Great Migration, the Civil Rights movement, and ending in the present-day, Gates takes viewers on a journey through time, focusing on the key events, charismatic figures, political debates, and musical traditions that have shaped, and been shaped by, the Black Church.

The series also explores the complexity of these spaces of worship at a time when many believe it is at a crossroads. A chorus of leading scholars, ministers, and cultural influencers who grew up in the Black Church will weigh in and give meaning to events past and present.

Episode 1: The Freedom Faith
Enslaved Africans, shipped to the shores of North America, found ways to preserve their culture and beliefs as a way to sustain them through the atrocities of slavery. From hush harbors to praise houses to brick-and-mortar structures that stand today, host Henry Louis Gates, Jr. reveals the historic beginnings of the Black Church.

Episode 2: A Nation Within a Nation
Under slavery, the Christian faith provided a way for enslaved people to cope with the brutal and dehumanizing experience of bondage. Henry Louis Gates, Jr. reveals that with freedom on the horizon, independent Black churches helped the formerly enslaved navigate emancipation, the Civil War, and the promise of Reconstruction during this transformational period in American history.

Episode 3: God will Make a Way
The dawn of the 20th century was a pivotal period for Black churches socially, musically, economically, and politically. Host Henry Louis Gates, Jr, shares how the “nation within a nation” expanded its reach to address the social ills of society and minister to those in need. At the same time, we see how a clear denominational divide emerged within the Black Church.

Episode 4: Crisis of Faith
After the violent loss of leaders like Martin Luther King Jr, Black churches found themselves at a crossroads. Host Henry Louis Gates, Jr. uncovers how Black churches grappled with their contradictory legacy of being an instrument of liberation, while at the same time battling class and ideological divisions that alienated vital members of their congregations.

“Must-watch look at this ‘nation within a nation.’” – Newsday

“The Black Church places the Black experience at the core of the American story, and thereby rewrites it. ” – Los Angeles Times

“At times jarring, at times poignant, the documentary is riveting…” – Chicago Sun Times

“The Black Church is the kind of documentary that only someone with a personal connection to the material could make.” -- Time

“The Black Church flows like a river, carrying viewers forward in the tradition of the glorious music that has been an essential element of worship for centuries. ” – Oregon Live